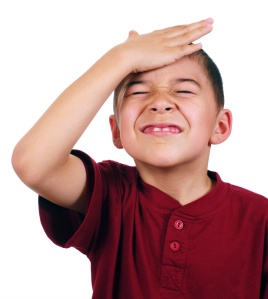 Operators are facing a “Kodak moment” in their competitive response to the threat posed by over the top (OTT) players, according to Mark Mortensen from Analysys Mason.

The challenge presented to telcos by OTTs is similar to the threat that the camera specialist faced from the digitization of photography. In essence Kodak, which was listed in the top five most valuable brands in the 1990s, missed the digital boat, and ultimately filed for bankruptcy in 2012.

“There are opportunities for operators in the digital economy and it’s time that you started placing a few bets,” Mark said to an audience of operators and vendors at Thursday’s (9 October) Analysys Mason Summit.

“We wouldn’t be standing here talking about this topic if we didn’t think that you would be interested, or that there was money to be made. But do we as an industry have the guts to do something about it?”

The Kodak comment followed a presentation, geared towards the predominantly European and US audience, which discussed the opportunities for operators in the growing Digital Economy.

Operators were told that they had the assets and experience to contribute to the Digital Economy, and that a handful of telcos were entering multiple verticals to experiment with these new services. As there was no “obvious” market that would move the needle, operators were creating digital subsidiaries that could play with new services and see what works.

Of course, advancing into the Digital Economy may be new territory for operators in Europe and the US but not every region is playing catch up in this way.

Taking the lead on Innovation

The stats coming out of China over the past two weeks remind us of the sheer scale of the country’s mobile market. The latest GSMA rankings put all three of China’s operators (China Telecom, China Unicom and China Mobile) in the top ten mobile operators, for reported mobile connections and mobile revenue.

But sheer numbers aside, what is it that makes China a market worth paying serious attention to?

The fact is that China’s mobile industry is leading the way in getting to grips with the Digital Economy. Its mobile stars are gaining on its Western counterparts, thanks in part to their marketing prowess and innovation.

Take China messaging service WeChat as an example. With 4.4 million monthly users, WeChat is not only a rival to Viber and WhatsApp, it’s turned into the extended operating system of China’s mobile millions. Starting from messaging, it’s now extended to e-commerce, gaming, socializing, and picture sharing.

You can even order a taxi, haggle with the driver over the fare and make payment through WeChat (via native app DiDi).

Historically, the West has tended towards a certain level of naval-gazing when it came to analyzing the market and forecasting trends. However, China’s operators are ahead of the West in terms of developing sophisticated propositions that go far beyond basic connectivity.

It’s time that industry players, from analyst houses to media, start to reflect this balance shift.