These digital disruptors just do not stop, do they? Having totally transformed transport habits worldwide with its taxi-booking app, Uber now has the takeaways industry in its sights.

With its sister service UberEats, Uber is primed to gobble into a global takeaway market worth a whopping  $75 billion. Designed to rival the likes of Deliveroo and JustEat, UberEats is available in several US cities, and more recently launched in London and Sydney. From cabs to kebabs in one fell swoop. END_OF_DOCUMENT_TOKEN_TO_BE_REPLACED

“If operators cannot get the basics of customer service and coverage right, then – regardless of the generosity of their data allowances and the speed of their networks – they will have difficulty holding onto their customers.” END_OF_DOCUMENT_TOKEN_TO_BE_REPLACED

In Barcelona for MWC last week the outlook was all clear skies with a temperature that was very acceptable for the time of year. But it seemed as if the telco service providers at the event were more interested than ever before in looking to the Cloud, and for companies like us, that means the temperature is rising as the market heats up. END_OF_DOCUMENT_TOKEN_TO_BE_REPLACED

END_OF_DOCUMENT_TOKEN_TO_BE_REPLACED

It’s hard to imagine life now without the Internet, or the mobile phone. And yet neither of them started life with a mass consumer audience in mind. Mobile phones were the preserve of the rich and famous, and the Internet was simply a way for academics and technologists to exchange and share information. END_OF_DOCUMENT_TOKEN_TO_BE_REPLACED

Welcome to 2016 – a year where we feel a powerful wind of change blowing through the telco industry. January usually brings an avalanche of resolutions and predictions, but we’re also focusing on evolution and revolution – advances that will bring radical transformation and cost efficiencies to operators, and higher levels of service and satisfaction to their customers. END_OF_DOCUMENT_TOKEN_TO_BE_REPLACED 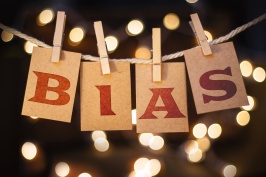 A little while ago, I met with Light Reading’s Ray Le Maistre and went on the record with my feelings about Gartner’s latest Magic Quadrant for Integrated Revenue and Customer Management (IRCM) for CSPs. When I read Ray’s resulting article, I could see it was an accurate reflection of our discussion, but I was a bit concerned that others would regard it simply as the sour grapes rant of a bitter man. (See Magic Quadrant or Gartner ‘Graft’? ) END_OF_DOCUMENT_TOKEN_TO_BE_REPLACED

The news from the European Commission (EC) regarding the results of its investigations into the launch of Apple’s music streaming service appears to be good news for consumers. According to a report in Recode, which cited four sources with knowledge of the matter, the Commission “failed to find evidence of collusion among the major music labels and Apple to quash free music streaming services such as those offered by Spotify.” END_OF_DOCUMENT_TOKEN_TO_BE_REPLACED

Telecom operators can bring value to their subscriber relationships by providing the backstop customer service that is missing from popular over the top (OTT) applications. END_OF_DOCUMENT_TOKEN_TO_BE_REPLACED