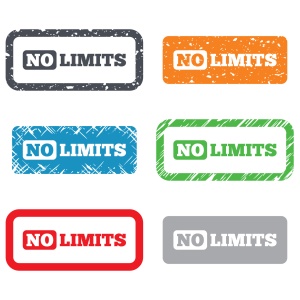 The issue of Unlimited Data has cropped up as a potential sticking point in the pursuit of developing mutually beneficial operator/ OTT partnerships.

At last week’s Pricing Mobile Data event (8-9 October), a representative from a major broadcaster said that his organisation did not consider Sponsored Data a viable operator/ OTT partnership arrangement in Europe because Unlimited Data tariffs were so prevalent.

He said that Sponsored Data would only be worth considering if the value of data became out of consumer reach, and therefore restricted their customers’ viewing habits.

“From our perspective, European operators have made a rod for their own backs when it comes to launching Sponsored Data as a partnership arrangement here because unlimited data deals are simply so prevalent,” he said.

This is a very limited view – what about Sponsored Data deals that target the pre-paid market? And not forgetting the millions of subscribers on limited data bundles. But this comment is indicative of the fact that operators have, until now, been busy convincing themselves of the value of partnerships.

Operators need to have confidence in their assets (established billing relationships, behavioural data, high tech operations/ staff, infrastructure) and really start putting resource into establishing relationships in new verticals, and developing and experimenting with new value propositions that work for both parties (and make money!). Many operators are already doing this and have set up separate digital subsidiaries in order to improve the speed at which they can experiment with and deploy new services.

The consensus is that the successful super operator of the future will be one that has fully embraced the digital economy, with new services in multiple eco systems – whether that is media, healthcare, automobile, etc. Now that operators have convinced themselves of the benefits of partnership, they need to be more proactive in highlighting their capabilities and spelling out where they can bring meaningful value to their new potential partners, or they are going to find themselves left out in the cold.

This was also the warning from respected industry commentator Tony Poulos, who said that he could foresee a time when an OTT giant like Facebook would circumvent the operator entirely with sponsored data arrangements with other fellow OTTs and ISPs.

“Imagine it from a user perspective – Facebook is the VPN from which users can access all their other internet services. This is a very real threat.”